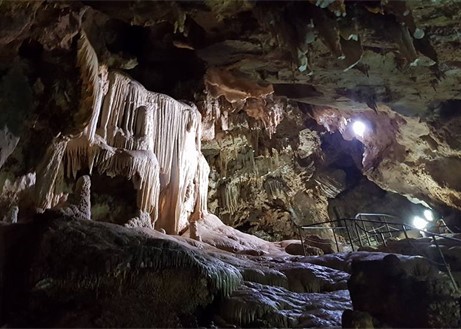 Cagliari Cruise Port, the company that manages the Cagliari cruise terminal, will organize a new "fam trip" from 20 to 22 July 2017 to discover the traditions, history and culture of Cagliari, Iglesias and the Sulcitano territory, one of the provinces most beautiful in Sardinia.

Rosalba Scarrone of Liveboat Cruises and Daniela Pisano of Crazy Cruises, two of the most famous, appreciated and followed Italian cruise bloggers, will be invited to visit some of the most characteristic and strongly identifying places of Southern Sardinia: the Capital City of Cagliari, of course, but above all Iglesias, Carbonia, Tratalias and Santadi, without neglecting the splendid beach of Porto Pino and the picturesque setting of Porto Flavia.

The organization of the fam trip, whose main purpose is the consolidation and improvement of the image of Southern Sardinia as a cruise destination, has made use of the indefatigable activism of Simone Franceschi, deputy Mayor and Councilor for Tourism of the Iglesias Municipality, and will be implemented thanks to the availability of the Consorzio Turistico per l’Iglesiente (Tourist Consortium for the Iglesias area) and the Centro Commerciale Naturale “Centro Città” (Natural Center Shopping "City Center") of Iglesias, as well as the collaboration of Easy Holiday Sardinia and Visit Sulcis.

Starting from November 2016, Cagliari Cruise Port became part of the large family of Global Ports Holding, which is the most important operator of cruise terminals in the world with a consolidated presence in the Mediterranean, in the Atlantic and in the Asia-Pacific regions, including some important commercial ports in Turkey and Montenegro.

GPH manages a portfolio of 14 ports in 8 countries, where more than 3,000 boat calls of all companies take place each year.

With over 7.5 million passengers handled in 2016, GPH has gained a 25% market share in the Mediterranean.